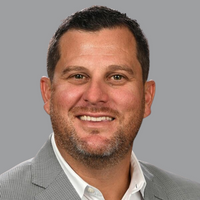 Born and Raised in Miami, Brian became a Central Florida resident while attending the University of Central Florida, graduating in 2005. Brian started his financial services career at Northwestern Mutual. After seven successful years, he decided to move his practice and was a founding partner of Signature Wealth Advisors, LLC.

Over his career, Brian has earned multiple designations including the CFP® (Certified Financial Planner) Professional, ChFC® (Chartered Financial Consultant) and CLU® (Chartered Life Underwriter). He currently holds his series 6, 7, & 63 FINRA investment license as well as a 2-15 insurance license. Brian is an active member of several local organizations including the Central Florida Estate Planning Council, Florida Citrus Sport’s Associate Board of Directors, The Golden Knights Club and the UCF Alumni Association. He is also an alumni and founding member of the Rotaract of Metro Orlando.

Brian's proudest accomplishment was marrying his wife Lauren in 2009 and growing their family together. Currently residing in Windermere, they have two sons, Kevin & Connor, and one beautiful daughter, Kaitlyn. While not working, Brian enjoys traveling, going to UCF football games, and spending time with his family. He is also an avid golfer and socially active at his home course, The Golden Bear Club at Keene's Point.